We Help Companies to Manage Their Human Resources

We have dedicated the past 30 years to develop and introduce on the market a human resource management solution that makes it easier for managers to automate a wide range of processes.

In October 2003 we began work on your Work Schedule module for Aladin. The introduction of modern payment systems requires:

In January 2004, the new Work Schedule module was actually deployed in 4 factories, using SQL Server to store data from the access control system. As of October 2008, it was implemented in 38 organizations.

IIn 2002, Aladin was awarded a gold medal and certificate at the Plovdiv International Autumn Fair in the IT sector. The most important indicator of its merits is the customer feedback as well as the leading system integrators in Bulgaria and abroad. 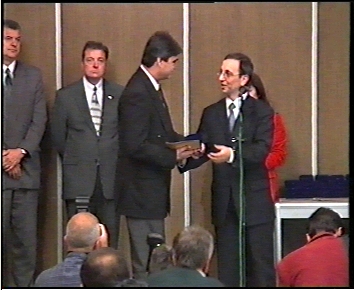 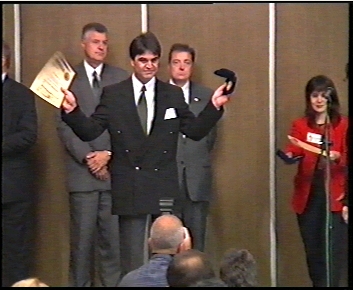 In the period 1999-2001, at the International Autumn Fair in Plovdiv, we found that Aladin is the only fully functional software for human resources management under Windows environment on the market.

In 1998, the company quickly increased its sales in Bulgaria. Our new representators for the Lovech region, “FEP – Iva” with Iva and Slavi Spasovi joined us. They managed to establish Aladin in the region as superior compared to its counterparts.

We began development of Aladin for Windows in 1997. It was finished the same year and was successfully introduced and accepted on the market. During the same year, our partner in the Plovdiv region Desi-98 with manager Mrs. Donka Shtereva started to operate. She took the difficult task of introducing Aladin in the region and to expand the market. During this year the company already had offices in Ruse, Blagoevgrad and Vratsa.

MicroComplex is one of the first private software companies in Bulgaria created by Vladimir Zografski and Alexander Alexiev. It started its activity in July 1990. The main business of the company is “creation, distribution and implementation of software for automation of financial and accounting activities”.

The company has no predecessor to inherit. This did not allow for any initial capital other than human resources and the will to succeed. The first Microcomputer PC was purchased with a $ 2,500 credit. In the first year, the company created several software products that began to run out of anonymity. One of these is a Payroll Software. The first customers in 1990 are already present – several organizations in Sofia and Pleven. The first representation of the company in Bourgas was opened in the face of Mrs. Maria Milanova and her company “MIM Consult”. Thanks to its experience and routine, the market in the Burgas region rapidly expanded. With her activity MicroComplex’s software gained popularity even in other regions of Bulgaria.

Throughout the years after its foundation, the company develops and expands its software. Meanwhile the business environment led to focusing and automating specific economical processes. That’s why in 1995 the company makes the decision to focus its entire business on improving its software for labour, salary, personal payments. After this, the software, which has received the name Aladin, takes its place as a market leader across the labour management software business. The company keeps information for every single regulation regarding labor law in Bulgaria which made the software the most accurate and reliable on the market.

Labor-law consultations, implementation, engineering, training and correct attitude are the things that make MicroComplex a desirable partner in the information technology market in Bulgaria.